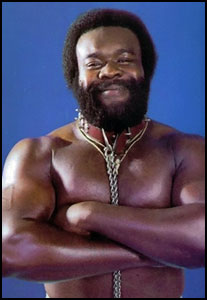 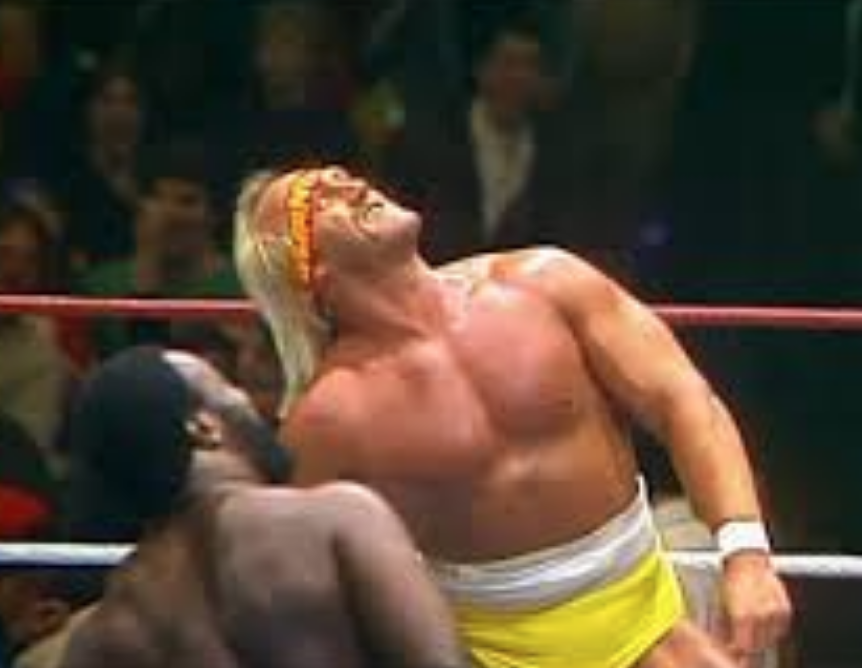 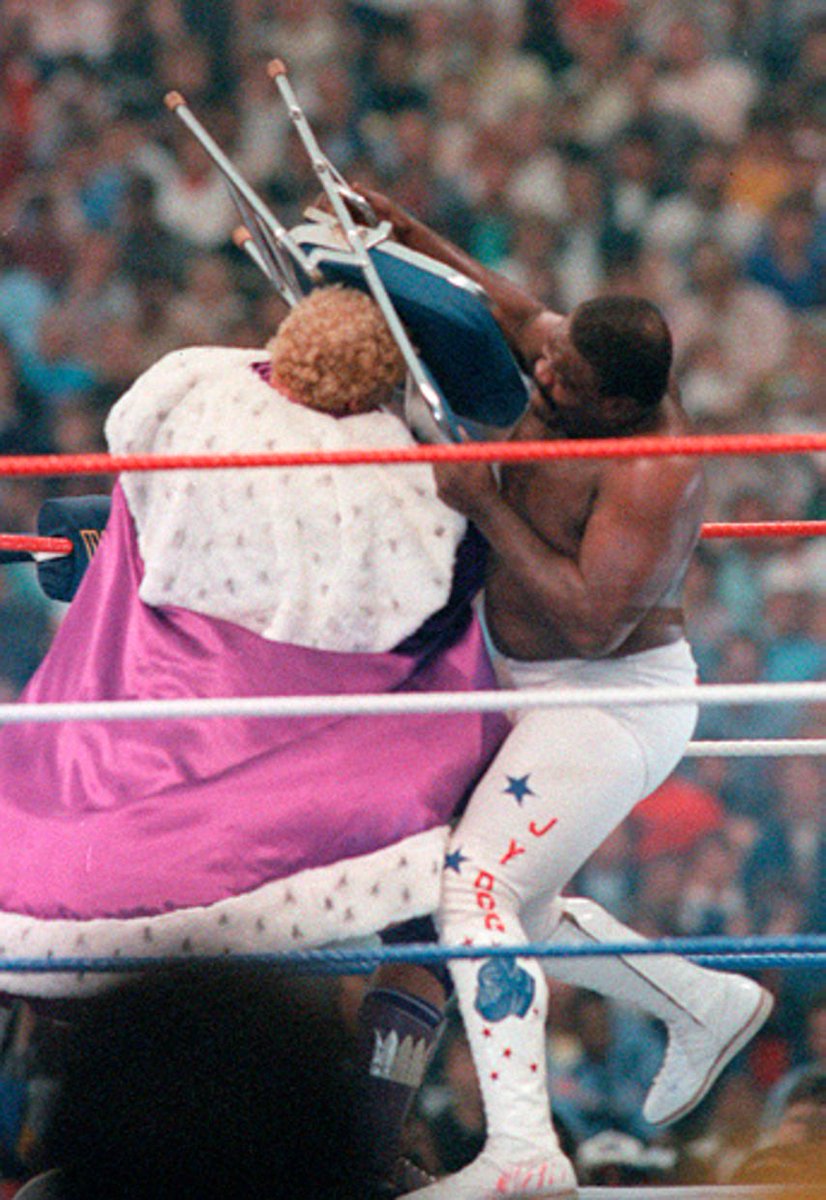 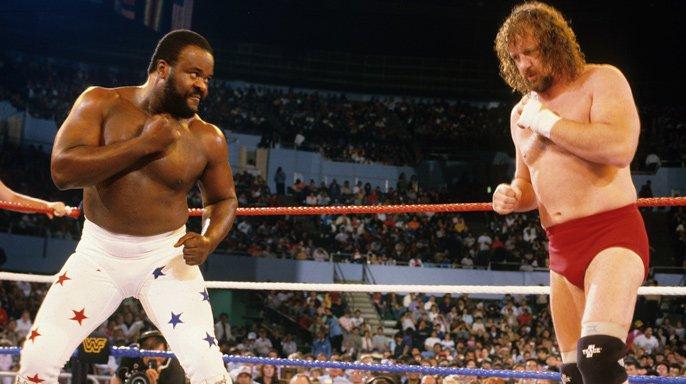 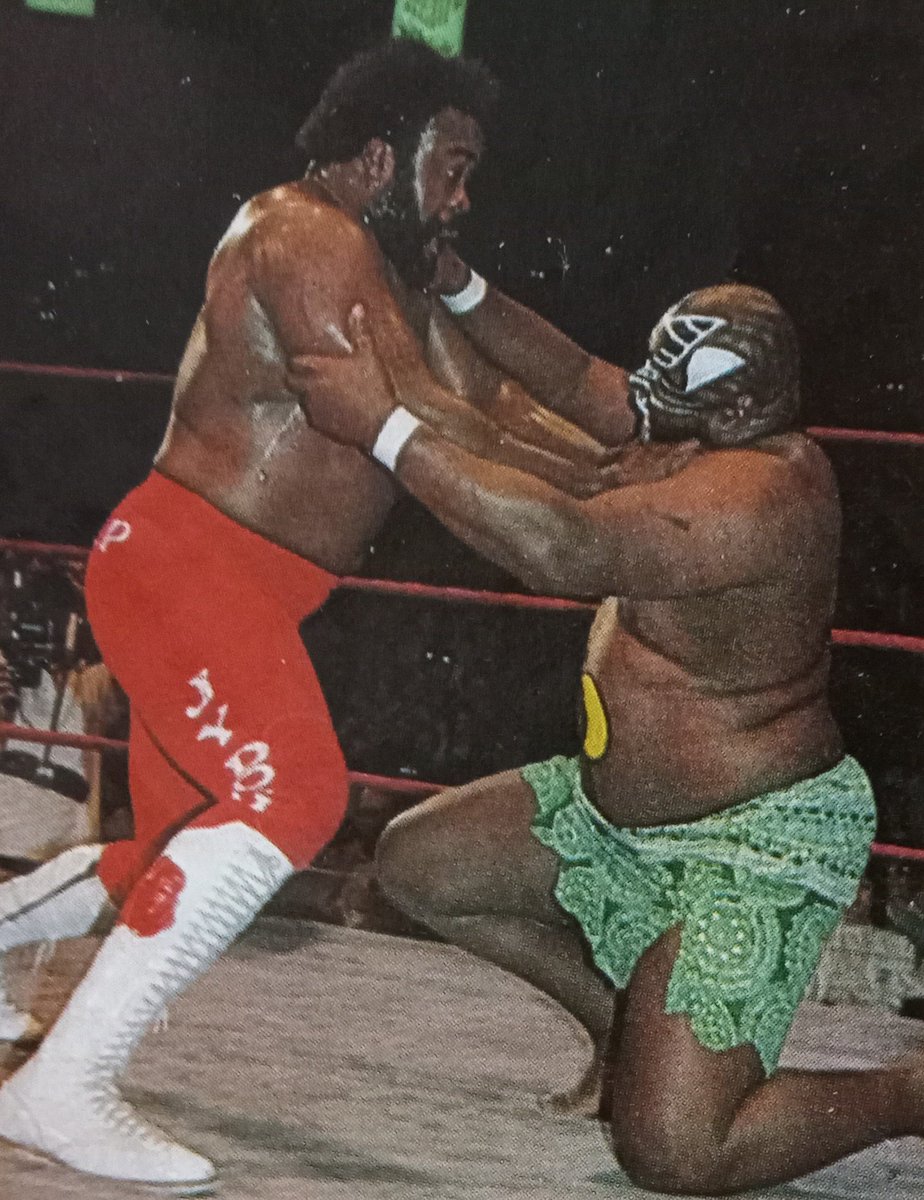 Throughout the years, many men have made the transition from the football gridiron to the squared circle. Perhaps none, however, have ever done it with the panache of one Sylvester Ritter, a man better known to sports-entertainment fans as the Junkyard Dog.

Before entering the ring, the near 300-pound Ritter was a standout college football player, twice earning Honorable Mention All-American honors at Fayetteville (NC) State University. He was even drafted by the Green Bay Packers, but decided on a career in sports-entertainment in the mid-1970s.

JYD made his debut in Tennessee in 1977 and also worked for Stu Hart’s famed Stampede Wrestling promotion in Calgary, Alberta, Canada. Ritter used several different ring names early in his career, but he would truly become an icon after moving to the Mid-South Wrestling territory in the early 1980s.

It was in Mid-South where promoter Bill Watts christened Ritter as the Junkyard Dog. JYD began coming to the ring with his signature dog collar and chains, and was perhaps the most popular Superstar in the territory in no time. Despite his massive frame, JYD was abnormally quick on his feet and extremely durable, often seeming impervious to pain, and he connected with the fans almost instantly. His rivalries with Ted DiBiase, The Fabulous Freebirds and Butch Reed — among others — were some of Mid-South’s most legendary, and along the way he amassed numerous reigns as Mid-South North American Champion and Mid-South Tag Team Champion.

Late in 1984, JYD came to WWE, and once again, he became an instant hit with the fans. The sight of JYD — clad in his collar and chains, striding to the ring to the strains of his unforgettable entrance theme, “Grab Them Cakes” — was one that our fans loved but his opponents dreaded. He was well-known for his finishing maneuver, a powerslam he called “Thump” — one so monumental that he wore the word “Thump” across the back of his wrestling trunks — as well as his vicious head butts.

Although he never won a championship in WWE, JYD had quite a bit of success while remaining one of the most popular Superstars of the 1980s. Just months after his debut, he faced Greg Valentine for the Intercontinental Championship at the inaugural WrestleMania, defeating “The Hammer” by count-out but not winning the gold. Later that year, JYD won the first-ever Wrestling Classic, a King of the Ring-style tournament that was also WWE’s first foray into pay-per-view. Two years later, JYD engaged in a rivalry with “King” Harley Race over the crown that culminated in a bout at WrestleMania III.

Junkyard Dog’s success continued after leaving WWE, as he moved to the NWA (later WCW) in the late-1980s and briefly warred with Ric Flair over the NWA World Championship. He also held the WCW Six-Man Tag Team Championship in 1991 before retiring from the ring in 1993.

Unfortunately, Sylvester Ritter’s life was tragically cut short on June 2, 1998. While driving home from his daughter LaToya’s high school graduation in North Carolina, Ritter was involved in a single-car accident on a Mississippi highway that claimed his life. He was only 45 years old.

In 2004, Junkyard Dog was posthumously given the biggest bone of all when he was inducted into the WWE Hall of Fame alongside 10 of his contemporaries — including WWE rivals Valentine and Race. Fellow Hall of Famer Ernie Ladd — himself one of the biggest African-American Superstars of the 1970s — inducted JYD into the Hall with daughter LaToya Ritter fittingly accepting the induction on his behalf.

Junkyard Dog had a unique combination of power, grace and charisma that is rarely seen in sports-entertainment. Inside the ring, his bite was certainly just as powerful as his bark — a fact that many of his rivals will attest to — and as a member of the Hall of Fame, his legacy will never be forgotten by sports-entertainment fans.